Adoration of the Magi, The - New York 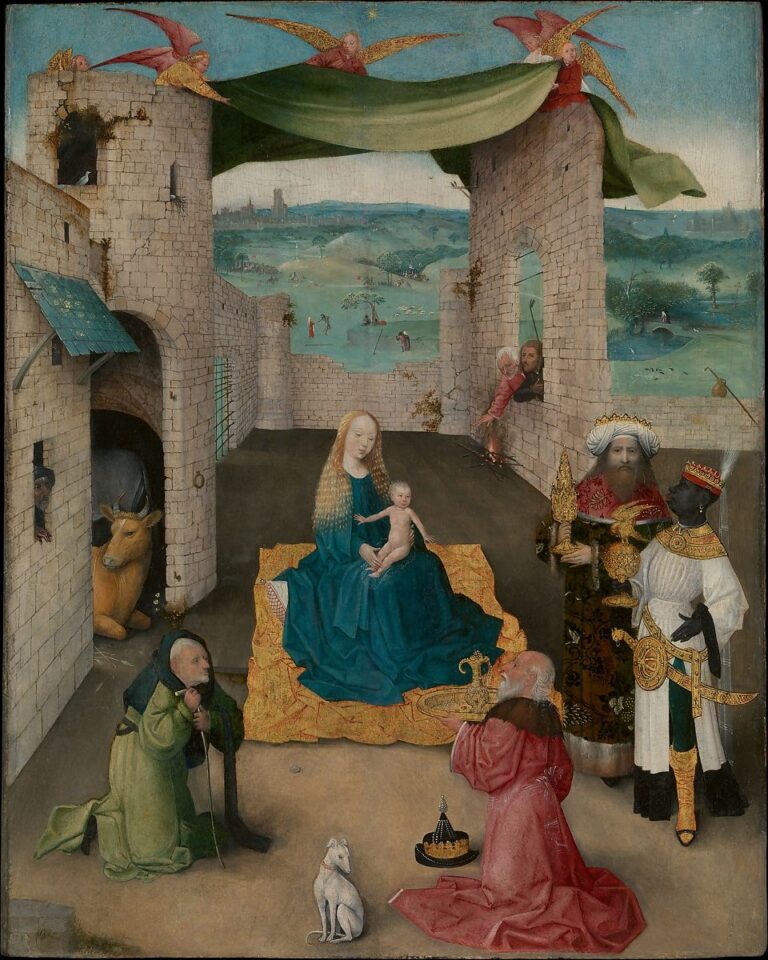 Dendochronological research has shown that it could have originated as early as 1474. Almost identical to the composition of the copy in the Noordbrabants Museum in 's-Hertogenbosch, loaned from  the Boijmans van Beuningen Museum in Rotterdam.