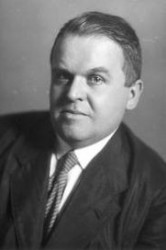 Baldass deals with Bosch’s paintings thematically: the folly of man, sin and the Last Judgment, the life of Christ and the lives of the saints/hermits are the four thematical centres around which the art of Bosch evolves. Bosch’s world view focuses on the Last Things and as such its character is pessimistic, moralizing, pious and catholic. His works are filled with symbolism and as opposed to Bruegel’s oeuvre, their tone is serious and never satirical.

Further, Baldass pays a lot of attention to the chronology of Bosch’s oeuvre, to his drawings and to his style. His style shows affinities to Flemish painting from the first half of the fifteenth century and to Dutch painting from the late fifteenth century, but because of a number of typical characteristics it takes up a completely separate position. This book offers a large number of interesting illustrations (among them details from the Escorial Haywain) and an annotated catalogue of Bosch’s paintings and drawings.

Meanwhile, a number of Baldass’ statements have been superseded by recent Bosch exegesis (Bosch did not have a workshop, there is no link between the exterior panels of the Prado Epiphany and the triptych’s main theme).