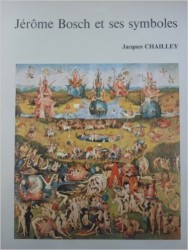 In the wake of Jacques Combe (1946), Chailley focuses on the importance of alchemy in the works of Bosch. His main thesis is that almost every painting by the master has got a common basic idea: defending the Christian faith against the transgressions of alchemy, which adapted Christian symbols for its own use. According to Chailley, Bosch viewed alchemy as a diabolical threat: his panels are filled with alchemical symbols (very often mixed with symbols of Lust) and without exception these have to be interpreted in a negative way. In his earlier works Bosch accuses alchemy of mere charlatanism, later his attacks become more serious.

From his analysis of Bosch’s oeuvre Chailley concludes that the late medieval alchemists probably knew initiation rituals that were also used by the Freemasons three centuries later. For his symbolic language Bosch could also use a well-known ‘symbolic tradition’ and a lively tradition of diabolical and peculiar fantasy. According to Chailley, astrology is of minor importance in the works of Bosch. His anticlericalism is not unusual in medieval society: it is an anticlericalism, not of unbelievers or heretics, but of superbelievers aimed at the debauchery of priests and monks who indulge in sinful behaviour instead of giving the good example.

The first part of Chailley’s monograph offers a concise inventory of the means of expression Bosch had at his disposal (alchemical and other symbols, the diabolical and fantastic tradition). In the second part he presents a very meticulous and detailed analysis of Bosch’s oeuvre, which leads to the conclusion that its omnipresent theme is the defence of true faith against the abuses of the alchemists.

Although the recent literature on Bosch does not deny that there are traces of alchemical symbolism in the art of Bosch, the way in which Chailley links Bosch with alchemy is far from convincing. The reason for this are the many erroneous iconographical descriptions and the far-fetched Hineininterpretierungen on virtually every page of his book.