Witchcraft in a work by Bosch 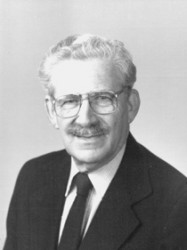 Witchcraft was nothing foreign to people in the Lowlands circa 1500, and it is natural to look for traces of it in the paintings of Bosch. The inner wings of the Lisbon St Anthony triptych have some motifs that refer to the castigation of witchcraft. In the left inner panel one of the devils is wearing a mitre. Heretics handed over to the Inquisition had a mitre placed on their head just before they were led to the stake. This is known from the accounts of the witchcraft trials at Arras where a condemned woman was saved from burning with the last group because here mitre was not ready. A further instance of Boschian awareness of witchcraft appears in the fish high in the sky of the right inner panel. This fish (probably a serra) represents the devil who carries on his back the heretical practitioners of witchcraft. There can be little doubt that Bosch intented to castigate the crime of witchcraft in these details.