Texts and Images: The Sources for Bosch's Art 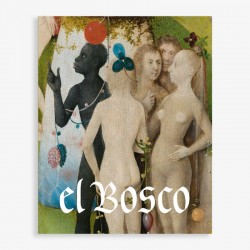 The religious, moralizing and satirical content of Bosch’s oeuvre is fairly to recognize but the symbolism he used to mould his message frequently causes problems of interpretation, due to the cultural-historical gap of 500 years that separates us from his art. Moreover, it is very difficult to catch Bosch in the act of literally borrowing an image or a textual passage: apparently, he was too much of a creative artist in order to simply copy what others had invented before him, his imagination always adapted things in accordance with his own needs. What late medieval literature and art do offer are numerous affinities with and similarities to what Bosch painted. As far as iconographical sources are concerned, these affinities most frequently present themselves in the marginal decorations of manuscripts, in the wood and stone sculpture of churches, in prints and in the work of German artists. Literary sources that may have inspired Bosch are – apart from the Bible – devotional and religious texts, the works of early humanist authors and the poems and plays of the so-called rederijkers (rhetoricians). In the past, the text most often linked to Bosch has been the Vision of Tondal, but again: no examples of indisputable borrowing here.

Bosch’s symbolical imagery often uses topical motifs, meaning: subjects and symbols that frequently occur elsewhere in the late Middle Ages. In these cases it is not necessary to point at one particular source that may have influenced Bosch but what matters is to become as familiar as possible with the cultural-historical context in which Bosch’s art was created (i.e. the culture of the Low Countries circa 1500). This is also true for the sexual symbolism so obviously present in the Garden of Delights triptych. A desideratum for future research is the study of Latin texts that were produced or were well-known in the Low Countries and also the apocrypha of the Old and New Testament, Jewish legends and traditions, the erotic imagery in Middle Dutch (and other vernacular) texts and the literature of the Modern Devotion deserve closer attention. Because Bosch was not only inspired by iconographical and literary sources but also by the whole world around him and even by the world in his own head (his imagination, his dreams) we have to scrutinize Bosch’s oeuvre with the eyes and the general knowledge of a late medieval person: an approach that is very demanding for a modern spectator and therefore requires an interdisciplinary method of working.

New elements in this contribution are the interpretation of the ‘praying gesture’ of the man standing on his head in the water in the central panel of the Garden of Delights and the analysis of potential links between Bosch and the Malleus Maleficarum.