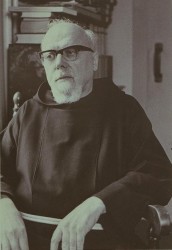 The so-called Ship of Fools (Paris, Louvre) has a wrong title: it is not a ‘ship of fools’, we can only see one fool. Gerlach is inclined to interpret the painting as a ‘farce of St Francis and St Claire’. Elsewhere he hopes to give further arguments in favour of this hypothesis.

Gerlach does not want to interpret the cherries lying between the monk and the nun as sexual symbols because an archival source tells us that in the annual ’s-Hertogenbosch procession the Jesus Child on the shoulder of St Christopher also ate cherries (in Bosch’s times).