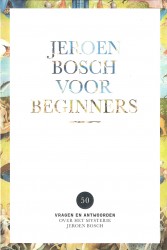 Hage reviews Van Geloven 2015. He announces the publication of BoschDoc, an online database offering all archival sources concerning Bosch up to circa 1800 and claims that it is necessary to study these sources in a meticulous way in order to avoid jumping to conclusions. For instance, there is no evidence that Bosch’s house of birth was situated in the Vughterstraat, nor is it certain that there was a workshop in his house (In den Salvatoer) at the Market Place. It is also untrue that the warden of the Brussels Nassau palace was tortured because he refused to tell where the Garden of Delights was hidden. Hage concludes: speculation is okay, but assumptions are more convincing when they are based on verifiable sources.