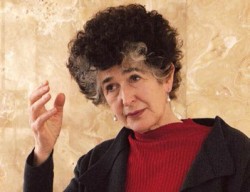 In the first part of her book Hammer-Tugendhat investigates Bosch’s artistic roots: what are the iconographic and stylistic sources of his earliest works? Her often profound – but not always clarifying – analyses point at a strong influence of Northern Dutch fifteenth-century paintings and miniatures (themselves based on early Eyckian examples) and especially of the Master of the Turin Hours (according to the author not to be identified as Jan van Eyck).

Hammer-Tugendhat also suggests a chronology for Bosch’s early works. The Prado Tabletop of the Seven Deadly Sins is said to be the master’s oldest work that has come down to us.

Occasionally Hammer-Tugendhat offers an iconographic interpretation of Bosch’s paintings and in the last chapters she focuses on Bosch’s relation to the social problems of his times. According to her Bosch was not a pious Catholic moralist (the eroticism in the Garden of Delights is said to contradict this) and although he did not belong to a heretical sect, ‘very likely’ his paintings are influenced by heretical ideas (see Bosch’s criticism of the clergy). His oeuvre also shows traces of humanist ideas but basically his paintings mirror the chaotic and confused society in which they were produced.