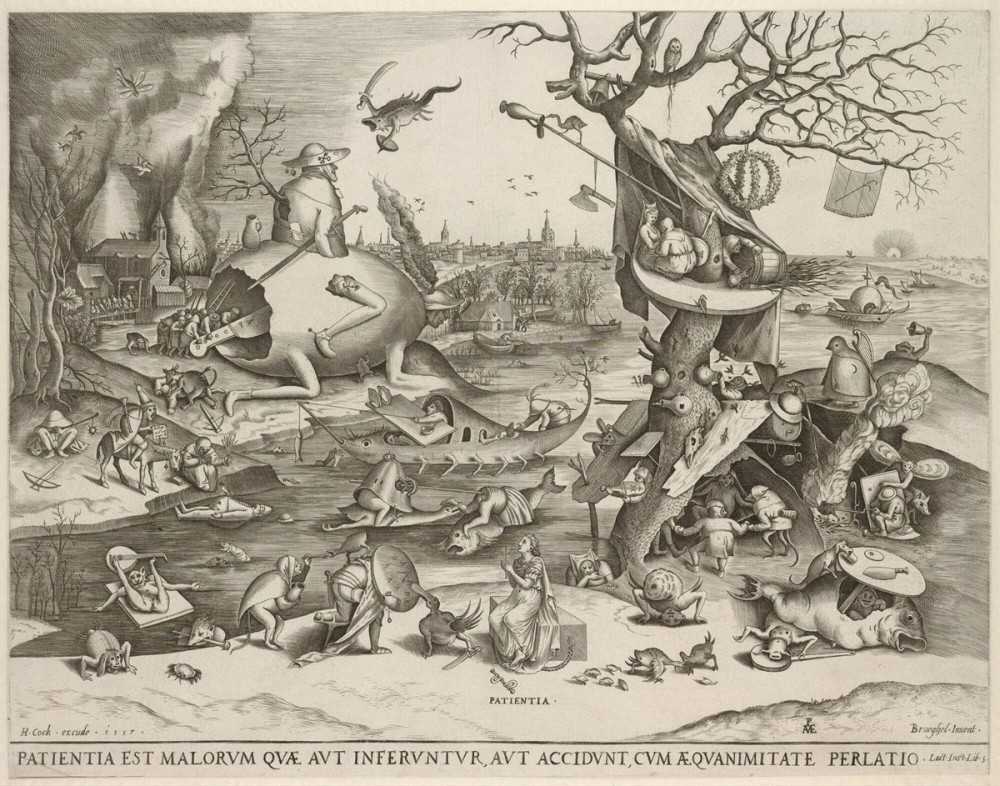 Ilsink argues that when Bruegel borrows motifs from the art of Bosch, these are mainly small details, which are inserted by Bruegel into his own original compositions. For example, in his Avaritia drawing Bruegel borrowed details from the Bruges Last Judgement triptych. The Bruges triptych shares particular details with Bosch’s Vienna Last Judgement, with the Garden of Delights, and with the Haywain. Bosch’s Treeman drawing (Vienna) inspired a sixteenth-century engraving, which was probably familiar to Bruegel: his St Anthony drawing and Patientia engraving seem to have been influenced by it. In their turn, motifs from engravings after Bruegel’s design inspired later artists. An example of this is an engraving published by Hieronymus Cock in 1561. Ilsink argues that the saint in this engraving is not St Anthony but St Christopher.