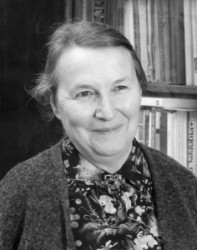 Bosch was inspired by the marginal decorations in illuminated books of hours and printed prayer-books. They contain a characteristic ‘submerging’ of religious scenes in portrayals of everyday life and a moral ambiguity. Some of the themes illustrated by Bosch, and even their configurations, unapplied previously in painting, could be found in these painted and graphic decorations. Apart from the contemporary literary counterparts of Bosch’s subject matter, which were for him the point of departure, attention should also be paid to this other source of his artistic inspiration: the margins of the handwritten or even printed books of hours and prayer-books, and mainly those that were produced in the Burgundian-Flemish and Northern Netherlandish milieu in the fifteenth century. These affinities do not restrict themselves to drôlerie motifs or purely formal issues, but also concern more basic problems: the attitude of man towards God and his responsibility for evil.

More than likely Karlowska-Kamzowa is right when signalling affinities between Bosch and marginal decorations in books of hours and prayer-books. These affinities have also been signalled by other authors. Unfortunately, the rare specific examples given by this author are not very convincing.

The only really convincing example is given by her when she is writing about the little devil in the lower right corner of the Berlin St John on Patmos: ‘Also in this painting Bosch was inspired by illustrations in prayer-books. In the latter, Saint John on Patmos was usually shown at the beginning of the text taken from his Gospel. Sometimes the devil was portrayed snatching the inkwell’.

Then again, this ‘inkwell’ motif cannot only be found in illuminated manuscripts, but also in late-medieval paintings as such: apparently, it was a pictorial topos. It should also be mentioned that the style in which this article is written is not always perfectly clear, which may be due to the sometimes poor translation (from Polish into English).