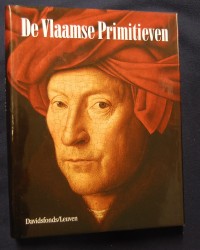 In spite of the often amazing execution of the subjects, Bosch’s themes can at least partially be explained by referring to the cultural-historical context around 1500. It is perfectly possible to understand the global intentions and the allegories of the painter but as soon as as we want to take things a step further and try to reconstruct his ‘personal ideology’, interpretations are bound to become subjective. There is no proof that Bosch’s oeuvre alludes to hereticism or witchcraft.

If we read the numerous texts dating from Bosch’s times, we can discover four plausible interpretations for his work.

It is obvious that Limentani Virdis has heard some different bells toll, but doesn’t know where the leading clapper hangs. Furthermore, her treatment of the datings is rather off-hand (Bosch was born in 1450, the Garden of Delights has to be placed in the years 1503-1504, the Lisbon St Anthony triptych was painted in 1505, the Brussels Crucifixion is younger than 1507, and so on). That ’s-Hertogenbosch is situated ‘in the upper north of Flanders’ is perhaps an understandable error for an Italian, but it should not have escaped the attention of the final editing of a book published in Belgium. On the whole, one can imagine better general introductions to Bosch than this rather confused text.