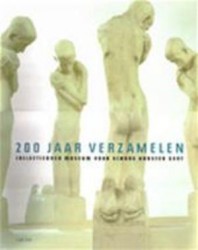 First Marijnissen offers a long quotation from chapter 38 in the manuscript Leven ende miraculen der heylighen (Universiteitsbibliotheek Ghent, Ms. 529), a collection of saints’ lives written for a Ghent monastery. Chapter 38 is about St. Hieronymus and has been borrowed from the Legenda aurea, commonly called Passionael in the medieval Netherlands.

He who does not recognize the importance of late-medieval hagiography as an expression of the close relationship of medieval man with the saints, ignores an essential characteristic of Bosch’s works. Marijnissen then quotes some passages from a sermon, written in 1507 by the Brabantine theologian Jan van Paschen (perhaps originating from Vilvoorde, near Brussels), that has been preserved in a manuscript dating from 1544 (Universiteitsbibliotheek Ghent, Ms. 963). In these quotations the thistle is being compared to the desire for earthly matters, to greed, to a hypocritical woman and to impurity (luxury). According to Marijnissen this provides us with an explanation for the thistle on the central panel of the Garden of Delights. The same sermon interprets little foxes as impure, evil thoughts, and this is relevant to the sleeping little fox in the bottom left corner of Bosch’s Ghent Hieronymus painting.

Other metaphors in these quotations concern hornets, papenbloemen (literally: priest’s flowers), nettles, the lion, the bear, the bee and thorns. Late-medieval sermons often explain the metaphorical language that we don’t understand anymore and can be applied by iconologists to the interpretation of medieval paintings from the Netherlands.