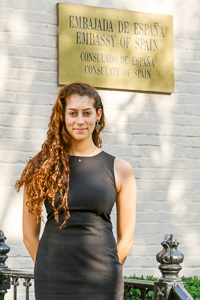 [in: Bowdoin Journal of Art, May 2019, 23 pages, available online through academia.edu]

This article examines how the art of Bosch was interpreted in sixteenth-century Spain. The author focuses on the Prado Tabletop, the Haywain triptych, the Haywain tapestry, and the Garden of Delights triptych, refers to what José de Sigüenza and Felipe de Guevara have written on Bosch, and stresses the fact that King Philip II was a great admirer of Bosch. What made Boschian imagery so congruent with Spanish moral thinking and practice at the time? Spanish collectors and authors revered Boschian imagery because it struck a perfect balance between imagination and reality. Bosch’s potentially blasphemous grotesques stretched the definition of decorous art and pushed piety to its limits, but the artist never went too far, and it was this delicate but masterful fusion of novelty and tradition that his admirers of Counter-Reformation Spain so respected. It even earned Bosch a permanent place in Spanish society and culture, up to now.