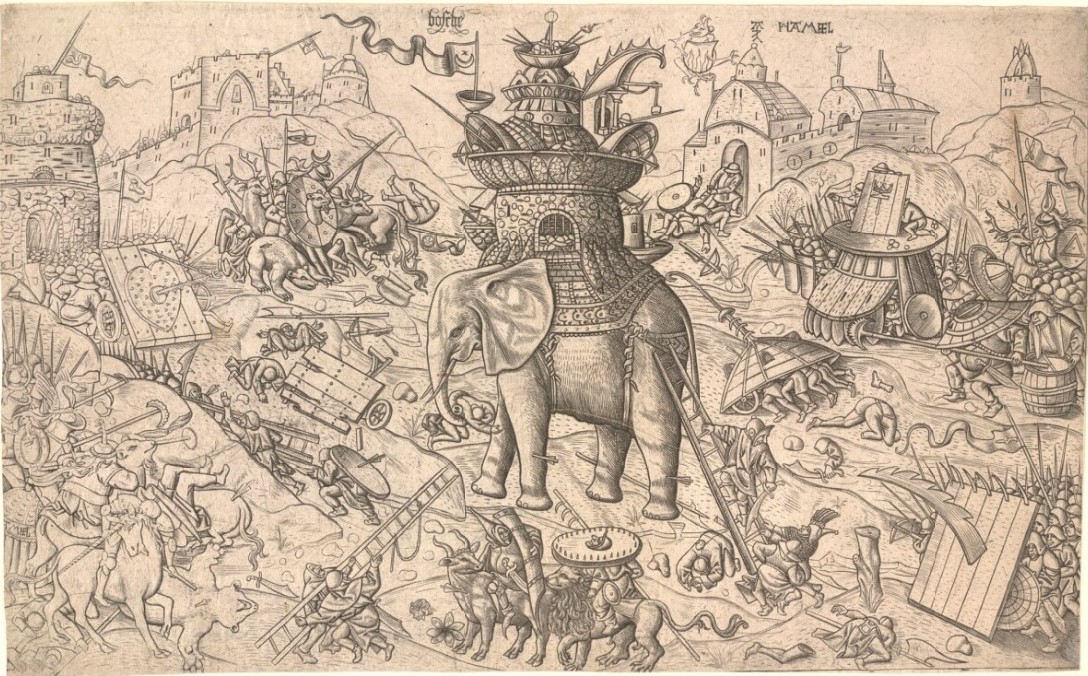 Alart du Hameel (c. 1450-1506) was a late gothic architect, interior designer, and engraver. His activity is documented in ‘s-Hertogenbosch from 1478 to 1494. Some of his engravings (in particular The Last Judgement and The Battle Elephant) are clearly inspired by Jheronimus Bosch. Hameel signed them with his hallmark, his surname, and the localizing signature ‘bosche’. Because Hameel left ’s-Hertogenbosch in 1494, it seems reasonable – as Koldeweij suggested in 2001 – to take this year as a terminus ante quem for all those engravings. The early dating fits well with the strong influence of Master E.S., who was active in the 1460s. Furthermore, the calligraphic style of Hameel’s localizing signature ‘bosche’ is very close to the localizing signature ‘bocholt’ as Israhel van Meckenem used it in the 1480s. As a result, we may suppose that Hameel’s sources, including The Garden of Earthly Delights, existed already before 1494.

This last statement suggests that Hameel’s engravings were inspired by Bosch’s Garden of Delights. Pokorny points out the similarities between Hameel’s battle elephant and the elephant in the left interior panel of the Garden, and between a bear in the lower left corner of Hameel’s Battle Elephant and the bear carried by a griffin in the central panel of the Garden. But about the two elephants Pokorny writes [p. 267]: ‘However, [Bosch’s] painted elephant (…) could not have served as the model for the engraving’. And about the two bears he notes [p. 267]: ‘There are two possible explanations: either both artists followed the same prototype, or Hameel used a more detailed version from another painting or drawing by Bosch’. No other similarities between the Garden and Hameel’s engravings are pointed out by Pokorny (at least not in this article). Why then would the Garden be older than Hameel’s engravings?