The Overpainted Patron: Some Considerations about Dating Bosch's 'Last Judgment Triptych' in Vienna 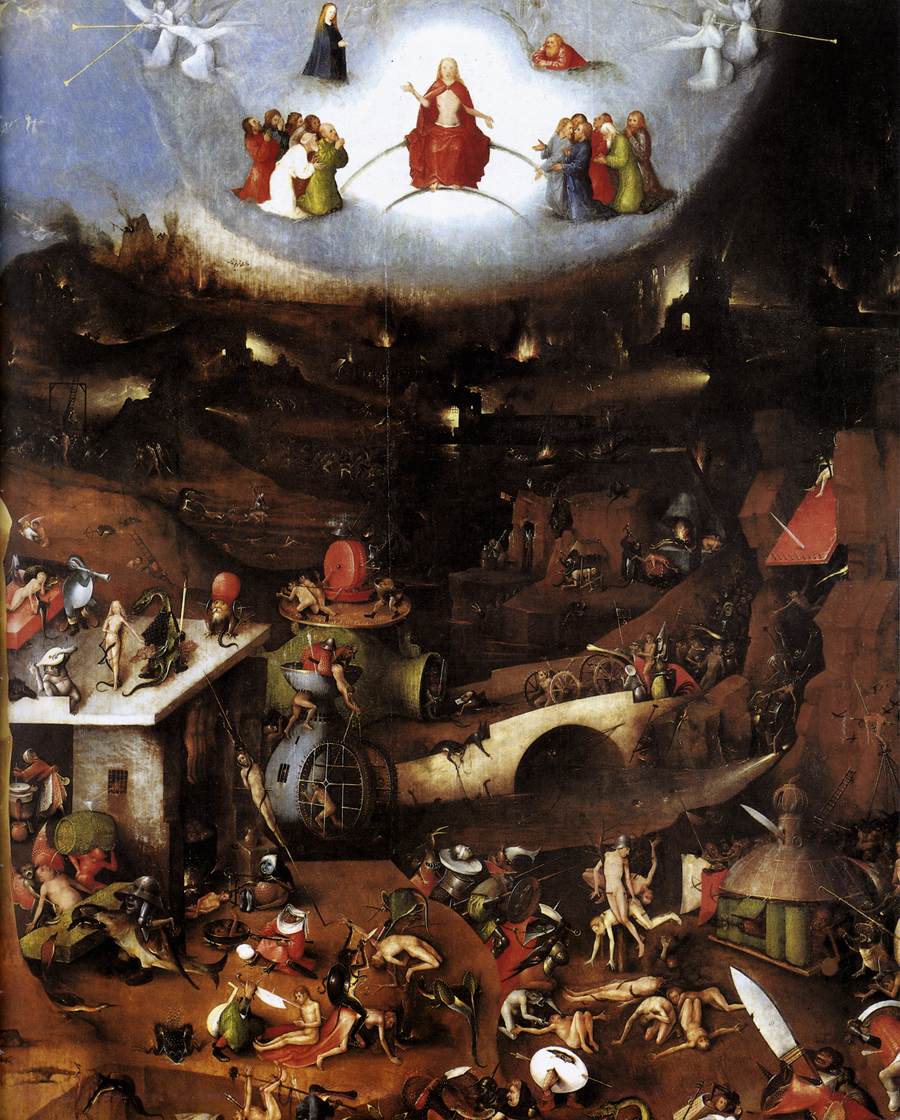 In the lower left corner of the central panel of the Vienna Last Judgment triptych, today attributed to Jheronimus Bosch and his workshop, the underdrawing shows a figure that was not painted in th final version. This article tries to draw further conclusions regarding the dating of the triptych based on this figure and his clothes.

Certain characteristics of the painting technique and the results of the dendrochronological research (the triptych can have been painted circa 1485) may point at an early dating of the triptych, which is not signed: only after about 1495 (from the Prado Epiphany on) did Bosch sign his triptychs. Moreover, Alart Du Hameel’s Last Judgment engraving paraphrases the Vienna central panel, and this engraving can be dated between 1485 and 1494. So, the Vienna triptych can have been painted between 1485 and 1495.

In Pokorny’s view this early dating is further confirmed by the hat and the chaperon (a kind of hat with a long decorative attachment called liripipe) worn by the figure in the underdrawing. A comparison with similar head coverings in miniatures and paintings shows that these were fashionable between 1480 and 1500.