Jheronimus Bosch - The Road to Heaven and Hell 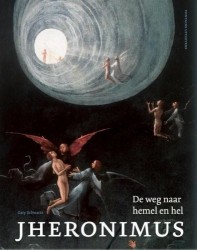 Jheronimus Bosch – The Road to Heaven and Hell (Gary Schwartz) 2016

As was to be expected, quite a number of new books on Bosch (who died in 1516) were published in 2016. Jheronimus Bosch – The Road to Heaven and Hell by American art historian Gary Schwartz is not a groundbreaking publication and cannot really be called ‘required reading for Bosch experts’. Nevertheless, it is one of the finest and soundest general introductions to Bosch that have appeared on the market recently: it is highly informative, has got plenty of beautiful and well-chosen illustrations and there is hardly a page that is not interesting.

The book is divided into seven parts: the world of Bosch (pp. 16-35), the life of Bosch (pp. 36-53, with a survey of the archival documents on Bosch on pp. 48-53 ), Bosch as an artist (pp. 54-81, including notes about Bosch’s sources and patrons), the drawings (pp. 82-103), the paintings (pp. 104-205), the heritage of Bosch (pp. 206-225) and a short chapter on the Bosch Research and Conservation Project (pp. 226-229). In part 5 the paintings are not discussed in chronological order but according to subject matter: Christ, the saints, the End of Days and the life and fate of humankind with special focus on the Garden of Delights. In the preface (p. 15) the author announces that he follows the chronologies established by Stefan Fischer for the paintings and by Fritz Koreny for the drawings (although on pp. 80-81 he also warns the reader that there is still a lot of disagreement among scholars about this matter).

According to Schwartz Bosch was an artist with a unique imagination whose art conveys a basically Christian message. Bosch’s images easily call to mind the proverbs, stereotypes and folk tales of his native language (Middle Dutch), although his works were also appreciated by patrons and collectors who spoke another language (French, Italian, Spanish). Schwartz also points out that the art of Bosch is often humorous, that alchemy plays a certain role in it and that Bosch’s social context is important in order to understand his oeuvre. As has been done by other authors as well recently, Schwartz points out affinities between Bosch and the writings of Dionysius the Carthusian (pp. 35 / 154 / 169).

One of the praiseworthy things in this book is that Schwartz does not shy away from offering his own opinion about certain issues and matters, although it has to be admitted that the arguments that are supposed to support his opinions are mostly rather superficial and sometimes even weak. Some examples of the cases in which Schwartz defends a personal view.

These examples clearly show that Schwartz is not just a copier of other people’s ideas: he likes to think for himself. But on page 240 he writes: ‘I have not attempted to incorporate, let alone compete with, the magisterial contributions of Paul Vandenbroeck’. It is a fate that has been bestowed upon Vandenbroeck’s extensive texts on Bosch more than once: they are called ‘magisterial’, but hardly anyone wants to (can?) engage upon a dialogue with them. Why, one wonders?

Unfortunately, Schwartz’ book has some (minor) errors and imperfections. Some examples.

There are also some minor differences between the English and the Dutch version of the book.

Obviously, we are all familiar with Titivillus, the printer’s gremlin.