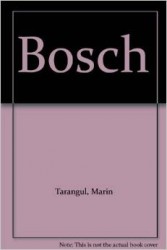 This Romanian author, whose arguments are not always easy to follow (perhaps due to the translation), is in favour of an approach combining iconographic and stylistic interpretations. Bosch’s intention and expression constitute an unbreakable unity, ‘thought becomes art and art becomes thought’. An approach which is merely based on the deciphering of symbols according to a particular code (alchemy, astrology…) cannot touch upon the essence of Bosch. In order to genuinely understand Bosch, his paintings have to be observed in a meticulous and detailed way, until they become a stimulus for our imagination.

As could have been expected, as a result of this ‘method’ Tarangul’s descriptions of the paintings remain rather vague and superficial. But when he goes into more detail, he writes things that can only be read with a shake of the head. Bosch’s hermits are supposed to have a sarcastic look, which is said to match the ‘anti-clerical position’ of the Fraternity of Our Lady. The protagonist of St. John the Baptist (Madrid) is supposed to be a self-portrait. Tarangul’s classification of Bosch’s works into four groups is based on a weak foundation. And his descriptions are often erroneous. Just one example: according to Tarangul the prickly hat in the foreground of the Ira section of the Seven Deadly Sins panel (Madrid) is a hedgehog and, to top it all, a symbol of heresy.