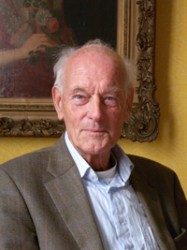 Van Dijck sums up a number of priests who were sworn members of the ’s-Hertogenbosch Fraternity of Our Lady and canons from the St. John’s: all of them were contemporaries of Bosch and had children, according to the ’s-Hertogenbosch archives. The author also announces a publication in which he will show that there were 1200 priests (whose name and function we still know) with female partners and children in the region of ’s-Hertogenbosch between 1380 and 1625.

The author suggests that Bosch was on friendly terms with some of these priests ànd with their children and that he did not make a fuss about celibacy at all. In those days society hardly drew a distinction between legal and natural children. As a matter of fact a number of Bosch’s family members (his own mother for example) and of his wife were children born out of wedlock.