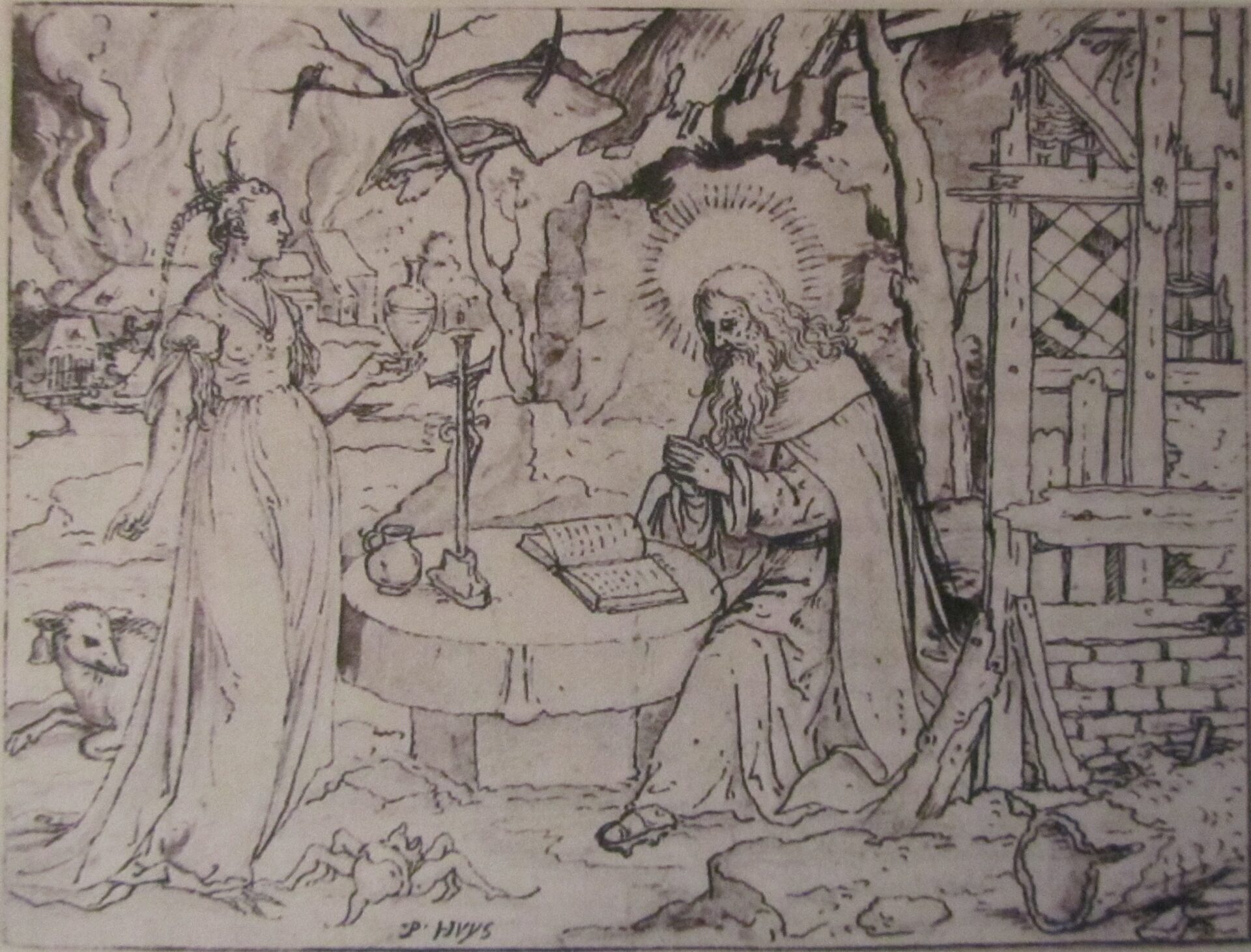 Pieter Huys was not only a producer of Bosch imitations. He also engraved and designed woodcuts for various Antwerp print publishers that in style and content were far removed from the imagery of Bosch. Huys was part of a wide commercial and artistic network in which production was tailored to market demand. This created the necessity to assimilate multiple styles and employ a variety of artistic concepts.

Van Heesch draws attention to a St Christopher panel by Huys (circa 1580, Winterthur, Oskar Reinhart Collection) and a Last Judgement engraving published by Hieronymus Cock, probably representing a lost triptych by Bosch. Several of the demonic creatures in the centre ‘panel’ and one in the right-hand ‘panel’ are virtually identical to monsters in the Winterthur painting. The current literature attributes only one drawing to Huys with certainty. But Van Heesch draws attention to a signed drawing by Huys representing a Temptation of St Anthony (see the illustration). It was auctioned in 1968 and 1971 but its present whereabouts are unknown. This signed drawing is closely related to an (anonymous) engraving of which only two copies survive (Wolfenbüttel / Amsterdam). The drawing was probably the model for (part of) the engraving.