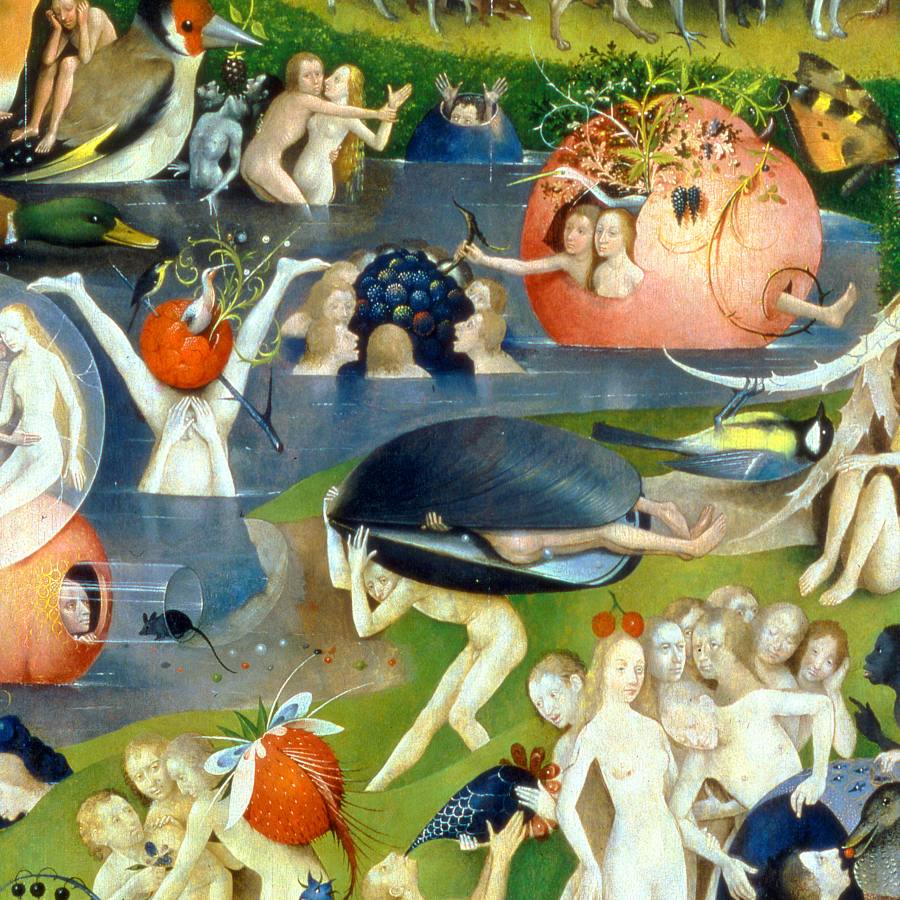 In this contribution to the the catalogue of the Louvain exhibition Op zoek naar Utopia (In search of Utopia), Vandenbroeck offers a very concise summary of his extensive 1989 and 1990 articles on Bosch’s Garden of Delights (see Vandenbroeck 1989 and Vandenbroeck 1990a). This triptych represents an ‘erotic utopia’. The painting is a marriage mirror (see the Marriage of Adam and Eve in the left interior panel), warns of the perversion of marriage (central panel) and shows the punishment of this perversion (right interior panel). The religious subject (from Creation to Hell) is based on a popular myth (the Grail) and ‘perhaps’ also on a historical fact (the earliest history of mankind from Adam to the Flood). This encourages the spectator to meditate on sexual lust and control, on wildness and primitivism, and on the link between nature, ethics, and behaviour.

In medieval folklore the ‘Grail’ was the name of a partially earthly, partially supernatural pseudo-paradise, in which people could indulge in sexual pleasures without limits. In Bosch’s anti-popular, bourgeois view, this Grail was a false, misleading, and diabolical utopia that could only end up in Hell.