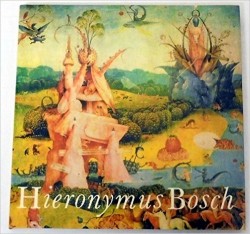 According to Volavková Bosch’s works leave room for all kinds of interpretations. As a result her own approach may be called ‘poly-interpretable’, meaning that it defends openness to many interpretations, although in her case it is limited to an uncritical summary of earlier author’s ideas (Bax and Fraenger mingled together). This text of Czech origin ascribes satirical and didactic intentions to Bosch, but is marred by a number of annoying inaccuracies and errors (an example: Erasmus is supposed to have been a student at the school of Dionysius the Carthusian in ’s-Hertogenbosch).