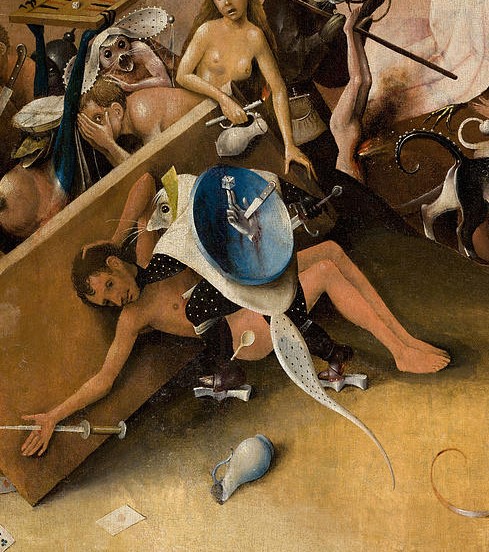 The existence of rogstekers (literally: ray-stabbers) has been certified for sixteenth-century ’s-Hertogenbosch and for other cities. More than likely, this was some sort of charivari company of young unmarried men who took the law in their own hands in order to deal with transgressors of unwritten social rules, sometimes in a violent way. Werps argues that this may be relevant for the devil who is using a sword in the lower right interior panel of the Garden of Delights. This devil is wearing a coat shaped like a ray. Probably, Bosch thus criticised the rough behaviour of the ‘ray-stabbers’ in his hometown.