From Bosch's Stable - Hieronymus Bosch and the Adoration of the Magi 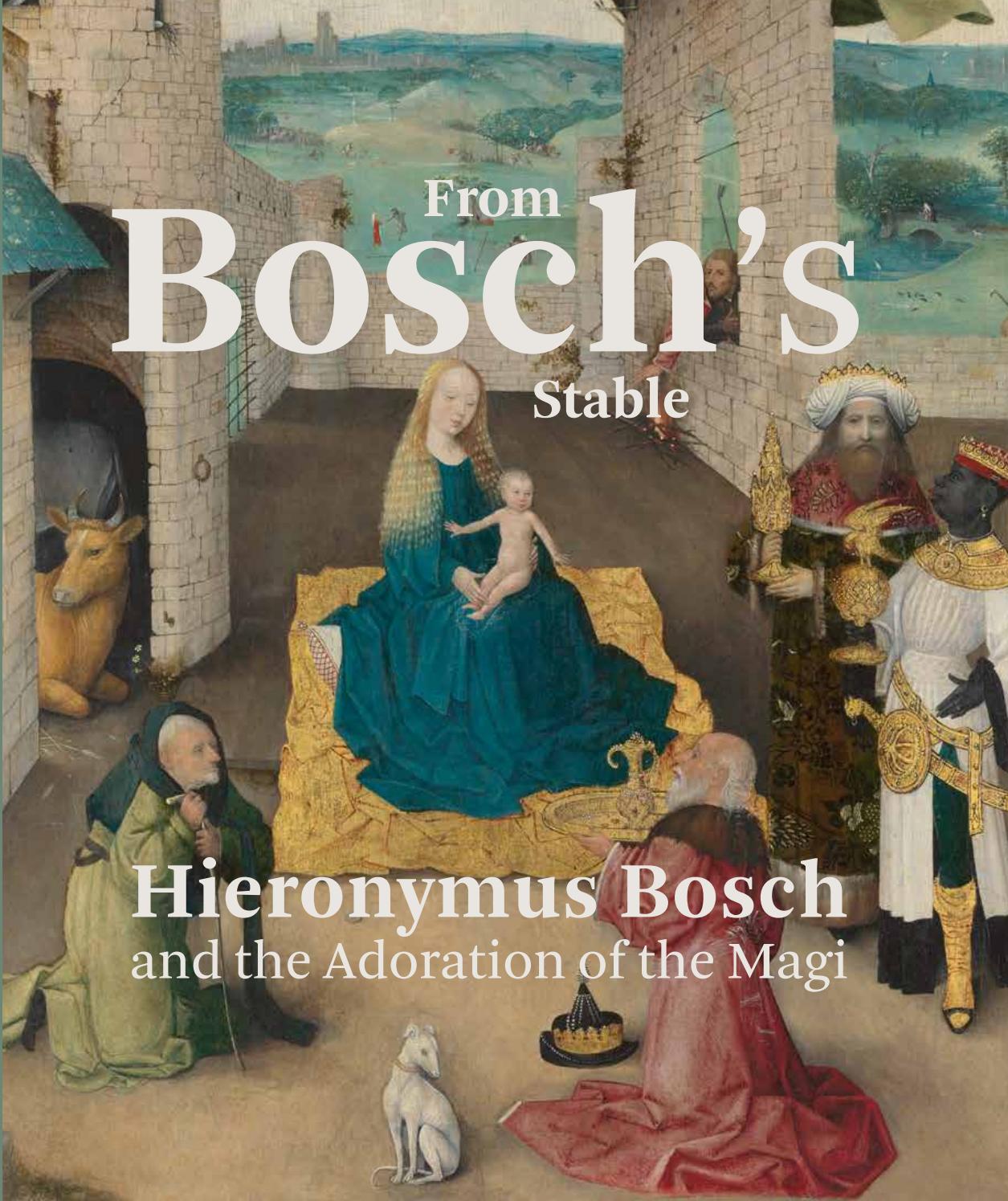 This catalogue was published (in two versions: Dutch and English) on the occasion of the exhibition of the same name in Het Noordbrabants Museum (’s-Hertogenbosch, December 2018-March 2019) and is the result of a first continuation of the Bosch Research and Conservation Project. The ’s-Hertogenbosch exhibition Hieronymus Bosch – Visions of Genius (2016) focused on the authentic Bosch oeuvre, but this time the focus is on Bosch’s workshop and followers. The catalogue has three main parts. The first part deals with the cultural-historical context by describing the Three Magi theme in Bosch’s contemporary culture (processions, parades…) and in late medieval works of art. The second part offers an analysis of the New York Adoration of the Magi (Metropolitan Museum), re-attributed to Bosch, and also of Bosch’s Prado Adoration of the Magi triptych. The third and final part pays attention to the copying of paintings in the Late Middle Ages and in particular to a number of copies of the Prado Adoration.

It is beyond doubt that Bosch was familiar with the Passionael, the influential Dutch translation of the Golden Legend around 1500 [p. 35]. The New York Adoration panel is probably Bosch’s earliest surviving painting [p. 37]. In the 20th century opinions regarding its authenticity were divided, but since 2001 it has been generally accepted that this is an authentic Bosch. Nevertheless, to me some details of the landscape seem to have been borrowed from the Prado triptych, which is dated around 1495. Does this not suggest the work of a sixteenth-century follower? Admittedly, according to dendrochronological research the panel may have been painted from 1470 on [p. 69]. The authors do not understand the three armies in the background landscape: ‘Who are these soldiers?’ [p. 37]. Is it not plausible that these are just the armies of the Three Magi (see the well-known motif of ‘the Three Magi and their armies meeting each other’)?

The Prado triptych ‘is about much more than the offering of gifts’, it is ‘an elaborate pictorial essay’ [p. 34]. It is pointed out that in the exterior panels the appearing Christ and the crucified Christ are ‘broken’ when the shutters are opened [p. 40]. But a reference to the breaking of the Host during consecration is lacking. The old man and the boy, rendered in colour, are probably the father and the son of Peter Scheyfve (the patron, see the left interior panel). Together with other details, the armies in the central panel are interpreted as threatening elements [p. 40]. ‘Bosch weaves a pictorial web of relationships that constantly emphasise the Eucharistic nature of the birth of Christ. The notion that the death and resurrection of Christ was contained in his birth has been pictorially developed by Bosch here’ [p. 40].

In the course of the sixteenth century dozens of more or less faithful copies of the Prado central panel were produced. The BRCP has studied six of these variants: Philadelphia, Petworth House, Upton House, Anderlecht, ’s-Hertogenbosch, private collection. In my opinion, the variants in Anderlecht (Erasmushuis) and in the Paris private collection cannot be called ‘copies’ of the Prado central panel. ‘In general, it can be said that all of the versions are simplified and show a lesser degree of refinement, detail and complexity’ [p. 52].