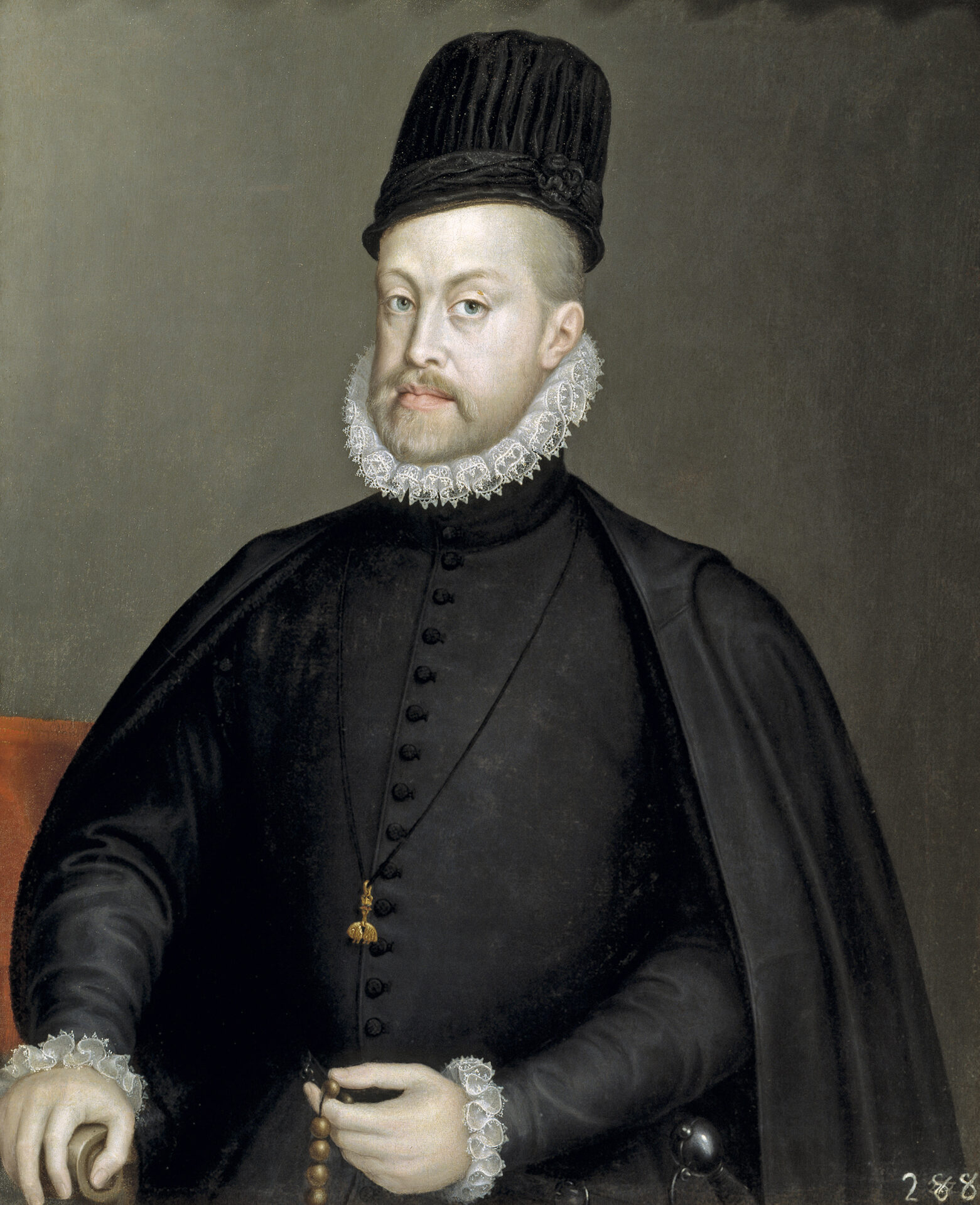 Before he arrived in the Low Countries in 1549, Philip II was probably already familiar with the art of Bosch through persons from the royal circles who possessed works by Bosch, such as Isabella the Catholic (in 1505) and Felipe de Guevara (who had inherited Bosch paintings from his father Diego de Guevara). When he came to the Low Countries in 1549, Philip (still a prince then) had the opportunity to see works by Bosch, i.a. in the ’s-Hertogenbosch Church of St John or in private collections. It is a fact that in 1560 Philip possessed the Tabletop with the Seven Deadly Sins (today in the Prado), for this is confirmed by Felipe de Guevara in his Comentarios de la Pintura. The 1564 inventory of the Pardo palace mentions a Temptation of St Anthony by Bosch’s hand, but when we compare this inventory with the 1614-17 and 1623 inventories, nine (probably ten) other paintings from the 1564 inventory can be attributed to Bosch. In 1564 these paintings are not attributed to any painter, but in the later inventories these same paintings are attributed to Bosch. More than likely they were Bosch paintings acquired by Philip II.

In 1614 the Pardo accomodated another panel and two canvases representing St Anthony, all three of them attributed to Bosch, and apparently also a copy of the Garden of Delights. The original triptych was bought by Philip II in 1593 from the estate of don Fernando de Toledo. Bosch paintings were also located in the Alcázar palace, among them the six paintings (five canvases and a Haywain triptych) acquired from the estate of Felipe de Guevara. In 1600 there were five more canvases and two panels attributed to Bosch in the Alcázar. Most of Philip II’s Bosch paintings that have come down to us originate from the Escorial, such as the Tabletop, the Adoration of the Magi triptych, the Carrying of the Cross, a Temptation of St Anthony, the Garden of Delights, and the Crowning with Thorns, probably because these are painted on wood and not on canvas, as was the case with most of the Bosch paintings located elsewhere.

It is clear that Philip II possessed a large number of Bosch paintings, some of which had been confiscated in the turbulent Low Countries, whereas others had been acquired from estates. According to Silva Maroto, the king already fancied Bosch at an early age, and definitely after he had returned from the Netherlands. Unfortunately, in most cases we cannot be sure whether the paintings attributed to Bosch in Spanish documents were originals or imitations. Some of them were copies, such as the copies of the interior left and right panels of the Lisbon St Anthony (today in the Prado). Furthermore, we do not know whether Philip II has ever commissioned works from Bosch followers. What is striking, though, is that apparently the king was not interested in the art of Peter Bruegel the Elder, as opposed to his cousin Rudolph II.