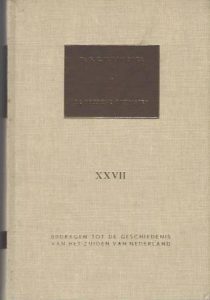 Van Dijck’s dissertation is still a standard work on the ’s-Hertogenbosch Brotherhood of Our Lady, of which Jheronimus Bosch was a member during the major part of his life. The book has three parts: the establishment and palmy days (1318-1518), the period of consolidation and crisis (1518-1629), and the period after the fall of ’s-Hertogenbosch (1629-1973). In 1629, the city, which had been Spanish and Catholic, was conquered by the Protestant anti-Spanish troops. Because the Brotherhood played such an important role in the life of Jheronimus Bosch (circa 1450-1516), a lot of what is said in this book, in particular in the first two parts, is interesting for the students of Bosch. An overview of things that are worth remembering follows.

Van Dijck regularly mentions Jheronimus Bosch or matters that are related to the painter and his art. An overview…