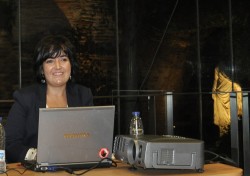 Felipe de Guevara was the son of Diego de Guevara and Francisca Esmez o Lastre. Diego was an eminent courtier (maiordomus) in the service of respectively Maximilian of Austria, Philip the Fair and Charles V. He died on 15th September 1520. Francisca was an orphan who lived with her grandparents in Brussels. In 1534 Felipe married in Madrid to Beatriz de Haro. In 1538 his eldest son Diego was born, who would die in 1566, some years after the death of his father (around 1563). Felipe and Beatriz had four other sons (Pedro, Fernando, Juan and Ladrón) en three daughters (Luisa, María and Juana). Felipe was an enthusiastic art collector: he inherited paintings from his father but very likely he also acquired a number of paintings himself. He had a strong preference for the work of Joachim Patinir and above all for the work of Hieronymus Bosch. To the paintings in his possession belonged a Haywain triptych. Felipe shared this predilection with Philip II, who bought six Bosch paintings from Felipe’s widow and her son Ladrón in 1570.

Three testaments of Felipe have been preserved, showing few mutual differences: one from 1548, one from 1552 and one from 1563. The most elaborate of the three testaments, the one from 1552, is completely edited in this article. Unfortunately it does not include a list with Felipe’s possessions (such as paintings). Felipe is mainly worried about the well-being of his widow and children after his death and about the proper execution of his will. As far as Bosch is concerned this will does not offer any direct information.