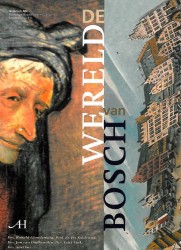 Since the first archival research in the nineteenth century systematical research has resulted in a large number of new facts and data. Vink offers a survey of these facts and data but does not add anything really new to them.

At the end of her contribution Vink criticizes the frequently heard suggestion that Bosch was out of place in a small city like ’s-Hertogenbosch. But circa 1500 it was one of the largest cities of what is now called the Netherlands and ’s-Hertogenbosch had relations with the whole world as it was then known: why would Bosch have felt out of place there?